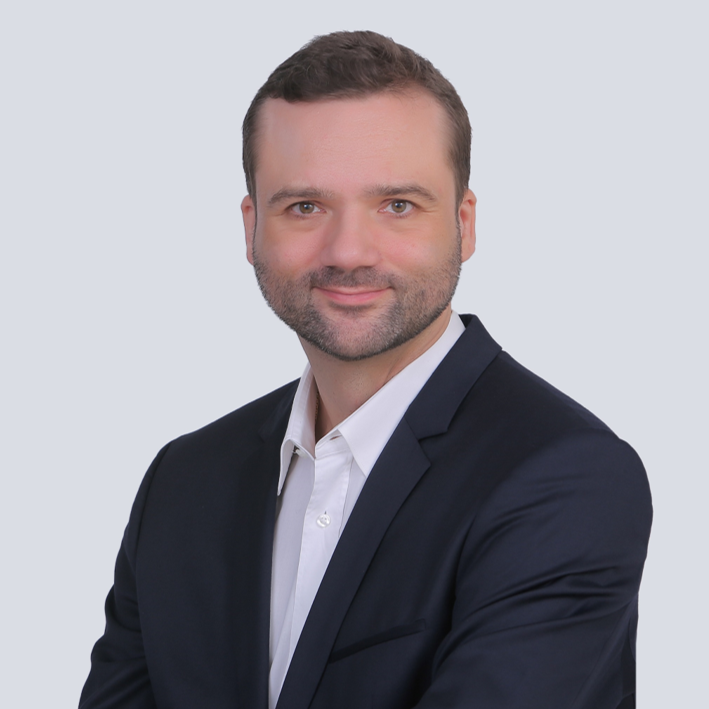 Martin Haupts founded Phanes Group in 2012, giving the firm a distinct renewable energy and emerging market focus. He has orchestrated the company's transition from an advisory-focused firm to an integrated solar developer and investment manager with a transaction volume exceeding USD 250 million.

With 17 years in Investment Banking and infrastructure finance, Martin has a wealth of experience in structuring and in-depth expertise in the cleantech industry and Islamic Finance.

He was the Head of Asset Management for the UAE-based Gulf Merchant Bank, and established Dubai-based Themar Partners that was later merged into Phanes Group. Prior to this he worked for Credit Suisse Asset Management in London and Zurich as a Global COO Products and Solutions.

Martin holds an MBA from INSEAD, France/Singapore, and a Masters in Corporate Law from the University of Hamburg, Germany. 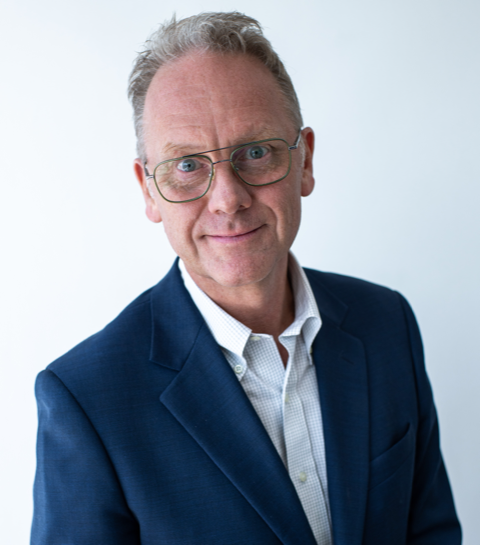 Robert Sundqvist is the Chief Operating Officer for Phanes Group. He is responsible for developing a scalable and agile organisation to meet the growth targets of Phanes Group. He provides leadership and oversight to Operations and IT, Legal, HR, Communications and Marketing.

Robert brings a broad experience within the renewable energy sector as he has developed solar projects in West Africa as well as built up a factory for solar module production and central inverters. He has been General Manager in MEA for one of the largest European solar EPC’s and supported one of the largest Renewable Energy Investment Funds in Europe. Contributing this holistic view of the industry will help Phanes Group develop faster and become more agile as an organisation.

Robert has more than 30 years of experience in building up companies and organisations in fast growing phases. From running change processes in large organisations in BTS, to building one of the largest Internet Consultancies, ‘Razorfish’ and co-founding a leading internet incubator, ‘Speed Ventures’. For the last seven years he has worked extensively in West Africa building up several companies. Apart from developing solar projects he also founded the NGO New Vision Mali helping school children achieve their full potential by providing free eye consultations and eyeglasses to children in need.

He holds a Masters of International Business Administration from Uppsala University in Sweden and studied at Grenoble Ecole de Management, France. 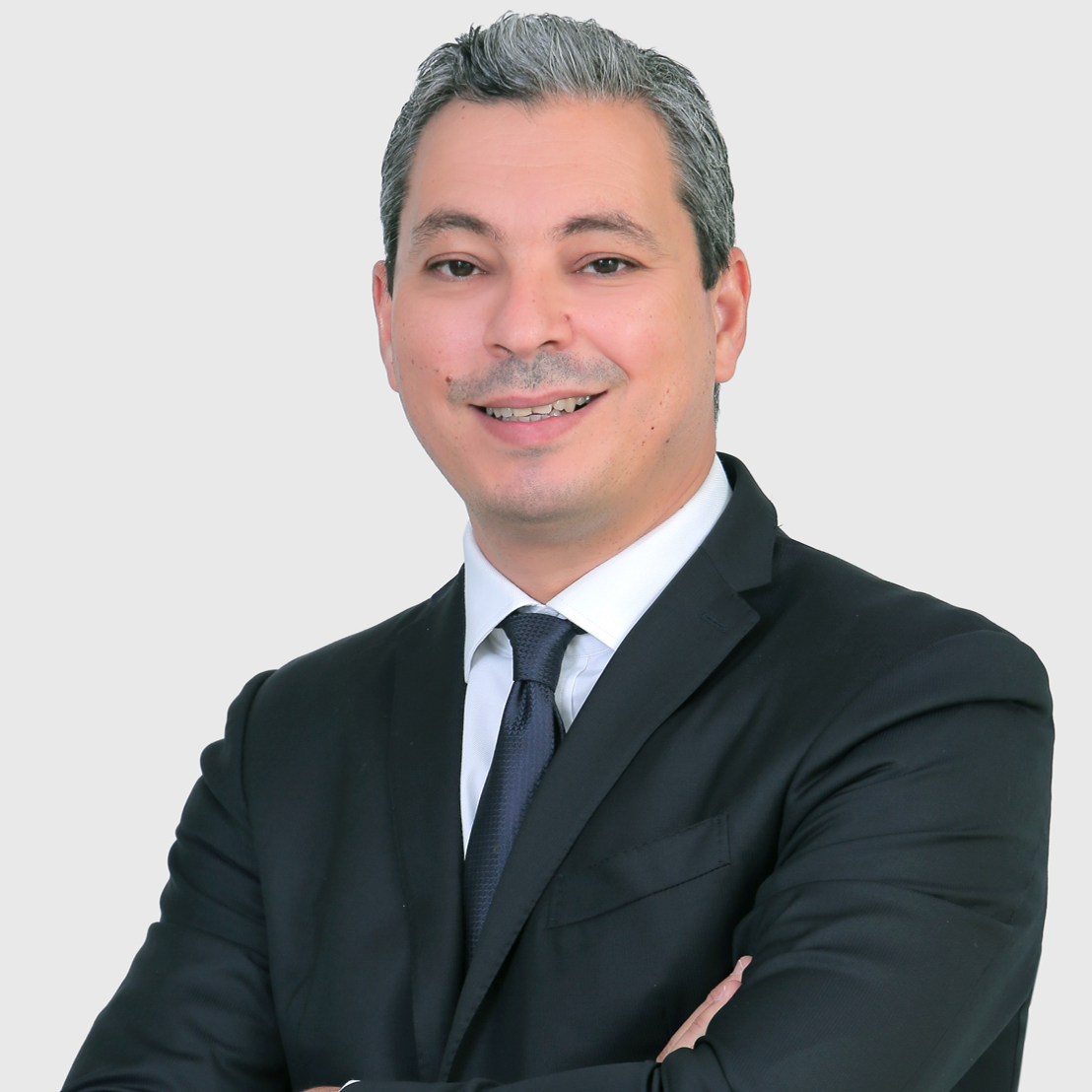 As a founding partner, Malik Bencherchali has played a key role in laying the foundations for Phanes Group, developing the company into an integrated solar development and investment management firm. He has originated strategic partnerships with several institutional investors whilst leading Phanes Group’s solar project business development activities. With a wealth of experience in emerging markets, Malik leads the development of the solar PV business in MENA and sub-Saharan Africa.

Before joining Phanes Group, Malik was an Associate Director for Barclays Wealth plc in Dubai, Investment Specialist for top tier CIBC Securities and a Relationship Manager for TD Bank in Canada.

He also gained experience in the energy sector as Business Development Manager for Oil & Chemicals International Ltd, also based in Canada. Malik holds a Bachelor’s with a Major in International Relations from Montreal University and an Investment Manager Diploma from the Canadian Securities Institute. 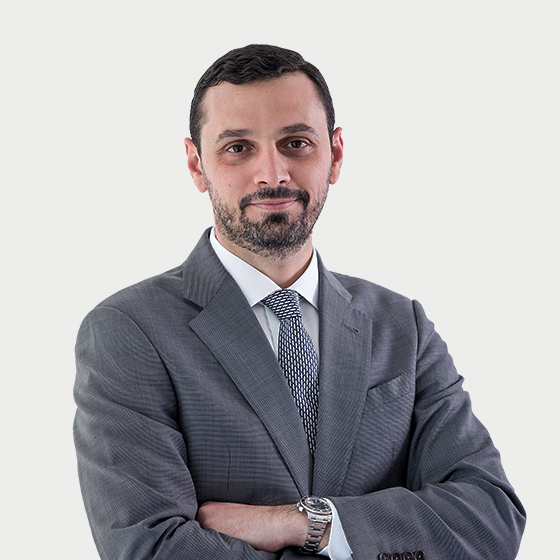 Christos Katsaros is the Head of the Legal Department. He is responsible for managing contractual, corporate, compliance and regulatory matters for the group’s projects and operations in the UAE and Africa. He manages the negotiations, drafting and review of commercial agreements such as JDAs, MoUs, EPCs, O&Ms, SHAs, SPAs, legal due diligence, outside counsels, corporate governance law issues and practice. 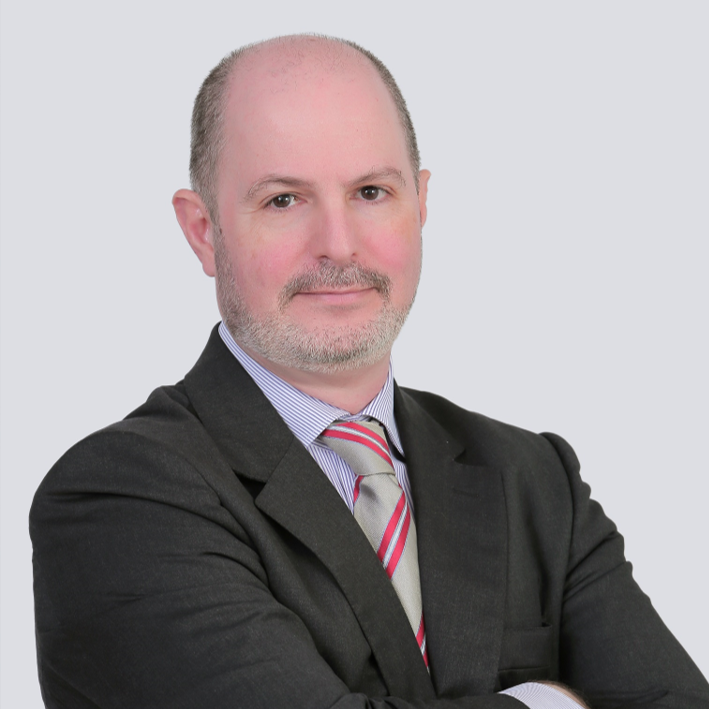 Charis Mitrelias is the CFO for Phanes Group. He supports the group’s strategy and operations, participating in the investment decision making process and leading debt arranging for projects. In addition, he is responsible for the company’s treasury operations, budgeting, management reporting, IFRS reporting, tax and financial planning.

With over 15 years of experience as a CFO, Charis has in-depth expertise in improving operational efficiencies and supporting business growth in large corporations.

Prior to this, he was working for ETEBA, a leading investment bank in Greece, where he was involved in raising EUR 220 million equity in primary and secondary offerings. He also advised on M&A transactions and was involved in several high-profile cross-border acquisitions.

Charis holds an MBA in Finance from ALBA Graduate Business School (Honors), and a Master’s in Software Engineering from the Imperial College of Science & Technology (Honors). 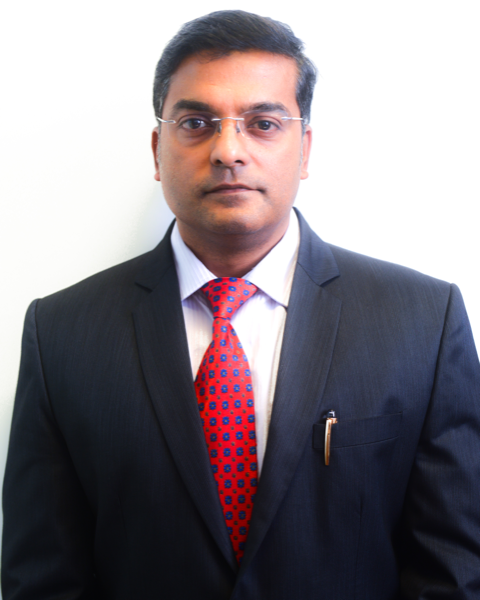 Praveen Pai is the Head of Project Execution for Phanes Group. He is responsible for the whole EPCM (Engineering, Procurement, Construction Management) process from inception to completion of the upcoming portfolio of projects for the group.

He has over 25 years of progressive leadership experience, with last 15 years of direct reporting to the Board of Directors in different organisations.

He brings significant experience in the deployment and delivery of renewable energy projects from his time earlier as the COO for the Jakson Group in India who is a leading Developer, PV Module Manufacturer and EPC Contractor, where he has handled cumulatively over 1GW Solar Land based projects in India, Africa and Afghanistan. He has independently managed a P&L of ~ US$125 Million for the EPC business.

Furthermore, he has rich experience across the energy value chain from business development till execution. He also has a very long experience of working in Oil & Gas industry (Royal Dutch Shell Plc) in Upstream Commercial operations (E & P), Midstream (LNG) Business Development and Downstream (Power & gas sales). Prior to that he has worked in the liquid /gas-based Power generation industry with companies like Rolls-Royce Plc, Deutz-MWM AG, MAN AG and Wartsila Oy handling pan India responsibilities.

He holds a Post Graduate Diploma in Marketing from K.J. Somaiya Institute of Management Studies & Research, Mumbai, India and is an Electrical Engineer from VJTI, Mumbai, India. 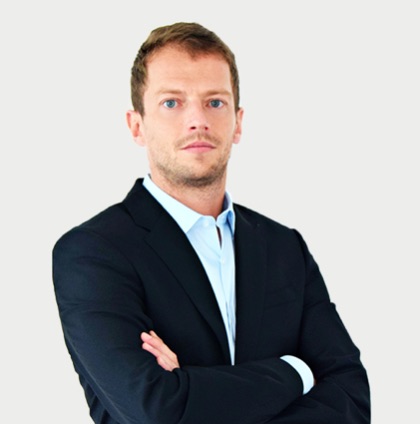 Michal has a proven track record in solar PV projects (pre and post construction) from his time in ET Solutions, a premium provider for turnkey photovoltaic systems in the international solar market.

He overlooked and executed a wide range of key tasks as a Senior Business Development Manager EMEA (Europe, Middle East and Africa), from business and project development to procurement, especially in EMEA region.  Prior to this he gained significant experience as a Key Account Manager working for AU Optronics (BenQ Group), a solar PV module manufacturer in Taiwan, where he managed major OEM/ODM accounts.

He holds a Master’s of Business Administration from the National University of Taiwan and a Bachelor’s degree in Economy and Management from Commenius University in Bratislava. Furthermore, he holds a TOP Huayu (test of proficiency in Mandarin Chinese for level pre-intermediate).

our partners in egypt 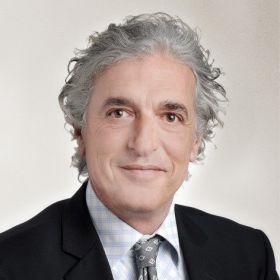 Ahmed is the Co-founder of Misr Energy. He is also Co-Founder and Senior Partner of the financial services outsourcing company SG Analytics. The company was established in 2006 and currently has an employee base of 400. Ahmed is a veteran of the financial services industry, with more than 22 years of experience in global investment banks like Nomura Securities, Societe Generale and UBS covering Equity Sales, Asset Management and Private Banking.

He resides in Zurich, Switzerland and Cairo, Egypt. Ahmed has Masters in Law from University of Zurich, an MBA from INSEAD and is a passionate skier and tennis player. 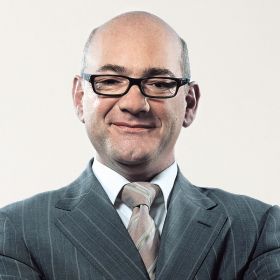 Omar is Co-Founder of Misr Energy. An Egyptian and Swiss national, Omar is an independent entrepreneur. In 2000 he founded his own company, which grew to 250 employees with revenues exceeding EUR 25 million. His professional career spans 20 years, in which he held multiple senior executive positions in information technology, sales and marketing, as well as finance and general management. Omar worked for companies with extensive technology exposure, mainly in consumer goods (Procter & Gamble), telecommunication (Deutsche Telecom, Global One, o.tel.o), and utility (RWE, Veba) industries.

Omar played key roles in setting-up new ventures and growing them to multi- billion enterprises. Since 2009 Omar has worked as independent advisor and consultant to venture capital companies and large technology companies, managing the growth of start-ups as well as transformation and restructuring projects for stressed businesses. Based in Egypt and Germany, Omar works on a global scale, mainly in France, UK, USA, and held residencies in India and Poland.

our partners in the netherlands 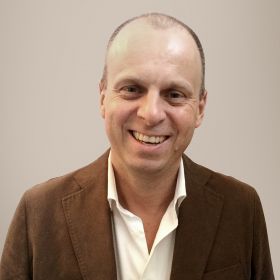 Rob is the Commercial and Operating Manager of Zonel. He graduated in Economics and has more than 25 years’ experience in the roofing business. For the last 10 years he was a sales and technical manager of a European roofing producer and export director,responsible for the United Kingdom, Norway, Denmark and part of Germany.

Rob joined Arice Kuijpers with Zonel Energy Systems in 2012. He is an expert in solving complex problems for customers and in searching for new product/market possibilities. An example of this is the innovating sun protection with BIPV and solar carports. 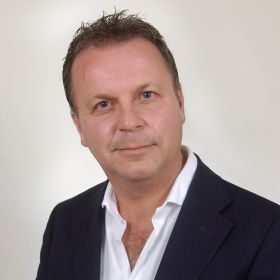 Arice is CEO of the Zonel Group. His background is in off shore sales before moving to the construction sector. He worked for several years for a well-known Swiss company where he gained a lot of experience in international sales. He has more than 22 years’ experience in the roofing business, has been CEO and owner of SRC Roofing Company (this was one of the first Dutch companies which implemented genuine sustainable projects ) & Protectus Roof Safety for the last nine years.

A founding member of Zonel Energy Systems, Arice is responsible for developing large PV projects and key accounts in the Netherlands and abroad.

our partners in South Africa 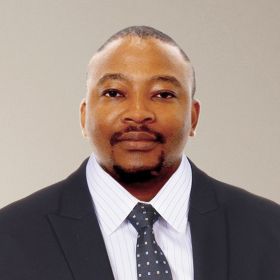 The team in South Africa, servicing the region at large is lead by a well-experienced and qualified team under the guidance of Peter Weyland. Peter has lead the management team since 2005 and is considered to be at the forefront of the renewables sector through his constant involvement in policy making, project development and specialist consulting services to a number of Governments in the region.

Recently, Peter has worked on projects in the United Arab Emirates for the Abu Dhabi Government, in Kenya and Tanzania for private Independent Power Producers, in Zambia and Botswana for developers of utility scale power producers.

Peter is a 40% shareholder and the Managing Director of Aquabella, and shares the control of the company with other highly experienced and qualified local South Africans.